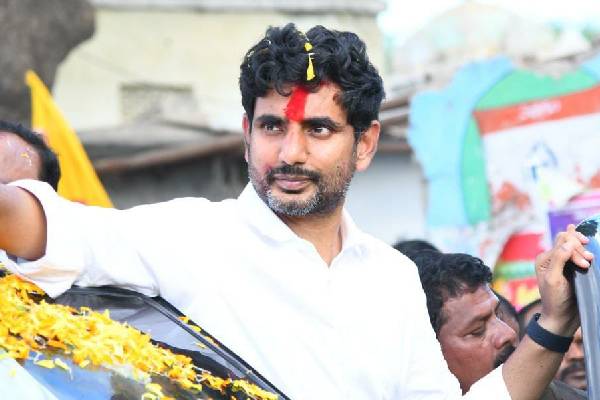 Former minister and TDP general secretary Nara Lokesh on Wednesday alleged that chief minister Y S Jagan Mohan Reddy had made Nellore as the crime capital of the state. He said that Jagan Reddy had proposed only three capitals, but had converted the peaceful Nellore town into the fourth capital.

Lokesh visited Kavali town in Nellore district and consoled the family members of a Dalit youth, Karunakar, who committed suicide recently alleging that the ruling YSR Congress leaders were harassing him.

The TDP general secretary accused local minister Kakani Govardhan Reddy as the perpetrator of the crime. He said that the minister was encouraging crime against the Dalits in the distrct and the suicide of Karunakar in Kavali was a clear witness.

He alleged that both Jagadeeswar Reddy and Suresh Reddy were the associates of local MLA Ramireddy Pratap Kumar Reddy.

Lokesh demanded that the police book cases against these YSR Congress leaders and arrest them for abetting the suicide of Dalit youth Karunakar.

Lokesh also warned the state police against dancing to the tunes of the ruling YSR Congress leaders. He said that people would teach a fitting lesson to the YSR Congress in the next elections. Subsequently, the TDP would take the erring police officers to task in the next government, Lokesh said.