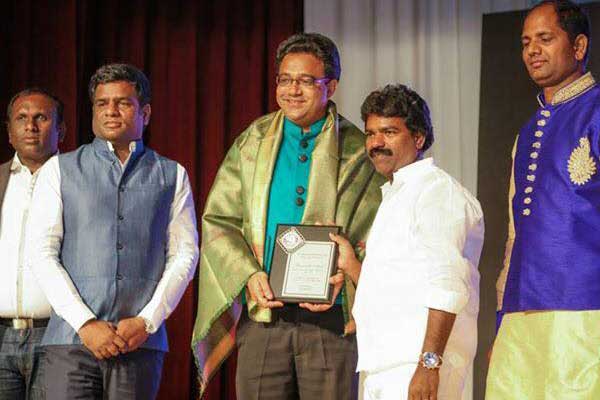 Hyderabad: Euphoria and festive spirit rent the air when the songs hailing Telangana Chief Minister K Chandrasekhar enthralled the scores of people who were waiting to give a grand reception to KCR at Begumpet airport on Wednesday. The event has been planned to hail KCR’s efforts in signing historic pact with the Maharshtra government on Godavari waters.

Every rank and file of Telangana Rashtra Samithi along with scores of supporters from all the 10 districts poured in at the airport. Cultural dance, songs reflecting Telangana tradition and highlighting KCR’s achievements have been organised at the event.

Group of Marathas residing in the city too attended the welcome ceremony to KCR. Hoping that the signed agreements might bring water to their native villages in their home land, Marathas thanked Telangana Chief Minister KCR for signing the historic agreement with the Maharashtra government.

Meanwhile, the traffic has been paralysed following the grand event being organised in the area with the commuters facing severe inconvenience. The roads leading to Secunderabad and Punjagutta have congested with the vehicles moving at snail’s pace.