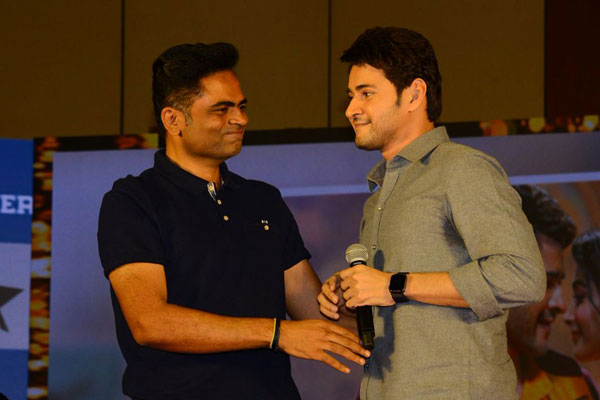 The grand success celebrations of Mahesh Babu’s Maharshi took place in Vijayawada this Saturday. The whole team of Maharshi graced the event to thank audience for making the film a big success. Speaking at the event, Mahesh Babu recollected the days of his first film Rajakumarudu and thanked director Raghavendra Rao for introducing him. Talking about Maharshi, Mahesh heaped praises on three producers for associating with such a prestigious film. He commended director Vamshi Paidipalli for giving such a memorable film and thanked audience for making Maharshi a box office blockbuster and the biggest hit in his career.

Director Vamshi Paidipalli is very much delighted with the success and said that the past ten days have been very memorable which made him forget all the hard work he has put in from the past three years. He thanked each and every artist and technician who worked for Maharshi. Pooja Hegde said Naresh is amazing in the film. She thanked director Vamshi for giving her this opportunity and for making such an amazing film. She said it really an honour to be a part of Superstar Mahesh’s landmark film.