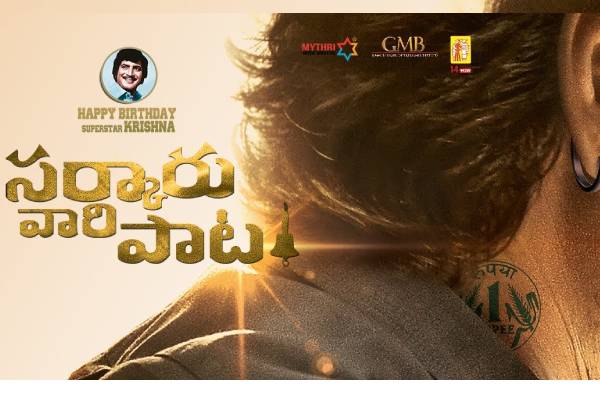 Superstar Mahesh Babu flew to Spain for the upcoming schedule of Sarkaru Vaari Paata. The shoot of the film is happening in and around Spain currently and a song will be shot on Mahesh Babu, Keerthy Suresh in Barcelona very soon. Some crucial episodes are canned in some of the beautiful locations of the country currently. Most of the pending portions of the shoot will be completed in this schedule. The other two songs will be shot in special sets in Hyderabad.

Parasuram is the director and Keerthy Suresh is the leading lady in this mass entertainer. The film is announced for January 13th 2022 release across the globe. Mythri Movie Makers, GMB Entertainment and 14 Reels Plus are the producers. Mahesh will move on to Trivikram’s film after he completes the shoot of Sarkaru Vaari Paata.