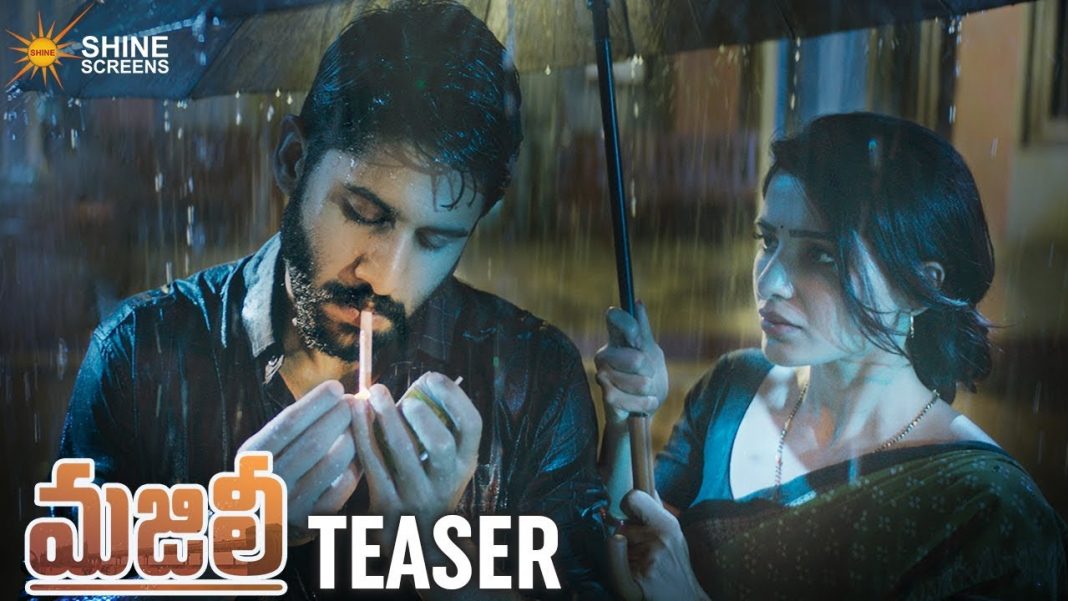 Akkineni Naga Chaitanya and Samantha are playing on-screen pair for the first time after their marriage in the upcoming film titled as Majili. The first teaser of the film is out today and it promises a romantic entertainer with loads of emotions.

The one minute teaser reveals that Naga Chaitanya is playing two different characters : one as an aspiring cricketer and the other as a distraught husband. The teaser showcases his struggles as a cricketer and a husband. Samantha is playing a doting wife who stands by her husband in love and pain. Chaitu carries the emotions in both characters in a subtle and effortless manner. Rao Ramesh is playing the role of a practical father. Divyansha Kaushik is the second female lead and there are a couple of breezy romantic scenes between Chay and her.

The background score rendered by Gopi Sundar is apt for the situation and the production values are good. All in all, the teaser hints that Majili is going to be an emotional rollercoaster ride for audience this summer.