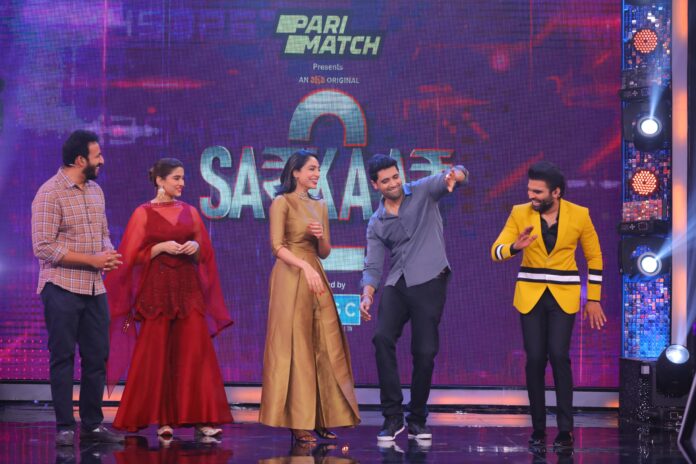 Aha OTT provides 100 percent entertainment with movies and shows that have won the hearts of the viewers.

Shows such as ‘Telugu Indian Idol’ and ‘Sarkaar 2’ are set to engage with the ‘Major’ team, which includes Adivi Sesh, Shobitha Dhulipala, and others.

Adivi sesh, Shobitha, Saiee Manjrekar, and Sashi Kiran Tikka have appeared in an episode of ‘Sarkaar 2,’ hosted by exuberant anchor Pradeep Machiraju. The viewers will witness how Adivi and Shobitha made the game more enjoyable by enticing them with his dance moves.

Adivi Sesh and Shobitha will appear in this week’s Telugu Indian Idol Friday show. The singing reality show, hosted by Sree Ram Chandra and judged by Kartheek, Nithya Menon, and Thaman, has already captivated the hearts of netizens and Telugu people worldwide.

The icing on the cake is that Adivi Sesh fans can see him crooning with Vagdevi and inviting Vaishnavi to dance with him. So, don’t miss out on this week’s major entertainment. On aha, watch ‘Sarkaar’ on May 27 at 6 p.m. and Telugu Indian Idol at 9 p.m.