Recently an announcement came out about the biopic of Karnam Malleswari, the first Indian woman to win an Olympic medal. Sanjana Reddy was on board as the director and she made her directorial debut with Raj Tarun’s Rajugadu. In a sudden shock, Sanjana Reddy got admitted to a private hospital in Somajiguda for high fever. The young director is on ventilator support. The film’s producer Kona Venkat says that she is recovering well and will be discharged from the hospital very soon.

As per the update, Sanjana will undergo several tests and a team of specialized doctors is monitoring her health condition. Sanjana is quite busy with the pre-production work of Malleswari biopic and the sudden decline in her health came as a rude shock for the whole team. Hope Sanjana Reddy recovers soon. 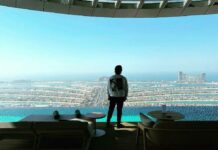