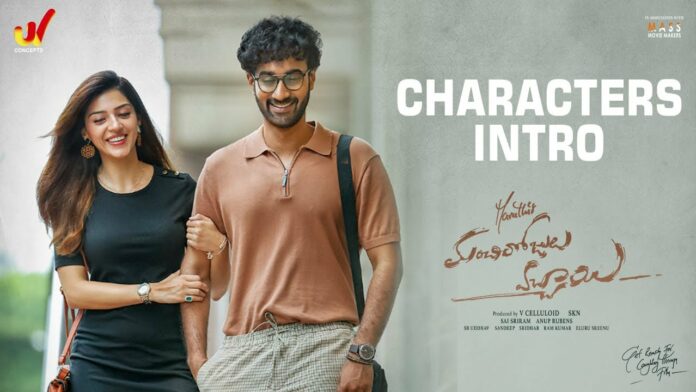 Great India Films will be going to light up this Diwali with comedy and laughs in November with Director Maruti’s Manchi Rojulu Vachayi.
This movie is produced by UV Concepts and Mass Movie Makers SKN with Mehren as Paddhu, and Ek Mini Katha fame Santosh Shoban supported by Vennela Kishore as Doctor Bava, Saptagiri as Ambulance Anand, Srinivas Reddy as Broker Srinivas, Harsha as Banda babu, Satyam Rajesh as CI, Praveen as Linga babu, Ajay Gosh as Gundu Gopalam and others.
Manchi Rojulu Vachayi has an interesting plot inspired by true characters with an outright comedy on the lines of Bhale Bhale Magadivoi and Mahanubhavudu.

Please enjoy this movie on the occasion of Diwali festival with family and friends on a big screen near you and get ready for laughing therapy. Premieres are scheduled on Nov 3rd

Great India Films thanks movie lovers for their continued support in our 19 years of journey.
The Song rendered by Sid Sriram and music by Anup Rubens is already a chart buster.
Teaser introducing the characters has received a tremendous response and raked in over 5.2 million views.
Watch the teaser here. https://www.youtube.com/watch?v=vvvXAPgfDT8
Great India Films USA
www.greatindiafilmsusa.com