Young actor Manchu Manoj suffered massive debacles and when all is not well in his personal life after which the actor took a long break. Though he called a quit for films, he soon decided to return back with a bang. He floated his own production house ‘MM Arts’ and has been working on a project for some time. The actor today announced that his comeback film is titled Aham Brahmasmi. The film will be directed by Srikanth Reddy.

Aham Brahmasmi will get a grand launch on March 6th and the regular shoot will follow. More details about the project will be announced soon. Manoj thanked everyone for the support and love. Hope the young actor makes a strong comeback soon. 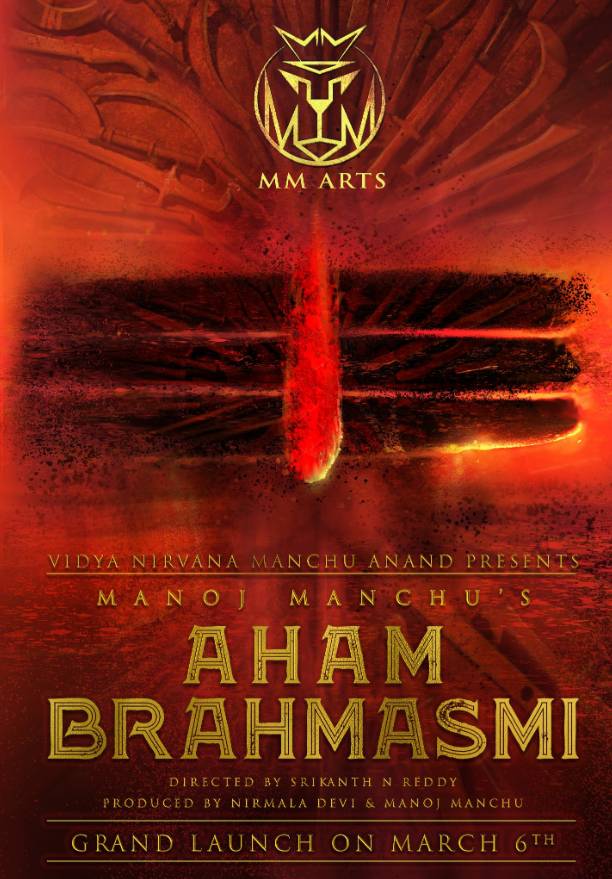