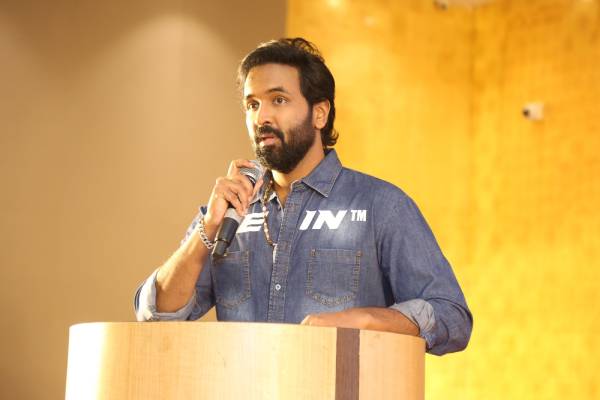 Manchu Vishnu has been struggling for the right success for the past few years. His next film Ginna is releasing this Friday and the actor is quite confident about the film. Manchu Vishnu announced the sequel of his super hit film Dhee but there are no updates about the film. Manchu Vishnu cleared all the rumors and he said that the shoot of the film will start in the direction of Srinu Vaitla very soon. The actor also said that he acquired the remake rights of seven films and he would announce the films very soon.

Manchu Vishnu acquired the remake rights of Android Kattappa and his father Mohan Babu will be seen playing the lead role. Vishnu also revealed that he would announce the projects very soon. He also said that some of the films will be made with other actors and Vishnu’s 24 Frames Factory will produce them. Ginna is directed by Suryaa and Manchu Vishnu, Sunny Leone, and Payal Rajput played the lead roles.