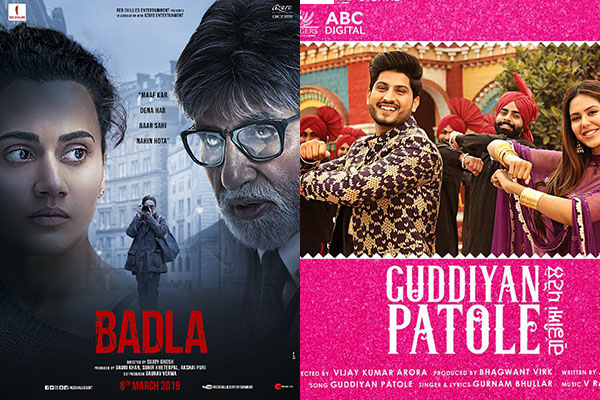 The North American box-office marketplace was squeezed by Captain Marvel and with no new big opener this weekend, the totals dipped another 14 per cent, with Indian films drawing $1.46 million at the box office.

Badla was the best of the lot at $597k from 95 theatres with a good daily trend and healthy $6,350 per theatre average. The numbers are better than $237k of Pink from the same cast, which finaled at $1.3 million. The film shall have good legs in the states and target $2 million by the end of the run.

At number two, having the best PTA for Indian films during the weekend, Punjabi film Guddiyan Patole grossed $232k on just 26 locations in play.

Gully Boy is still in the top three Indian films, the fourth week in release now, with $199k during the weekend, dropping around 58 per cent to its way that stretches to a $5.5 million closing.

Following are the top films playing at the North American box office.