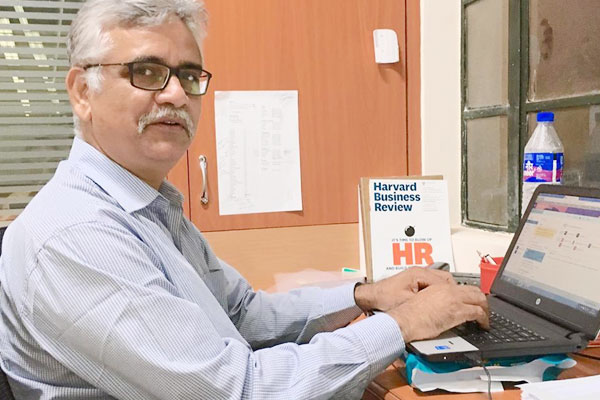 Telangana Today, an English daily newspaper to be launched by the inner circle of the ruling Telangana Rastra Samithi (TRS) soon, is creating ripples even before its launch. Headed by a respected journalist, Mr.K.Srinivas Reddy, TT is attracting a good number of journalists from the The Hindu, which used to be the ultimate destination for any journo in down South.

About 18 journalists, including some key hands, from The Hindu’s Hyderabad office bade goodbye and joined Telangana Today with a salary hike of Rs.10,000 and above. “Hyderabad office of The Hindu is almost empty now. It is facing a crisis kind of situation due to the extraordinary exodus. Mr.Reddy has served a nasty blow to his former employer,” a media analyst said. Mr.Reddy, who made a mark in reporting left-wing extremism, true to the comment of this media analyst, is apparently taking revenge for the way he was treated by the then Editor of The Hindu, Ms.Malini Parthasarathy, who is described by her detractors as ‘The Lady Hitler.’ Ms.Malini had duly recognized the talent and aplomb of Mr.Reddy, who is fondly called as ‘Tiger’ by his near and dear, when he was leading a peaceful life in Hyderabad as the City Editor and made him the head of Bangalore operations. Later, he was brought back to Hyderabad for a bigger role. As The Hindu was toying with the idea of launching its edition in Mumbai, Ms.Malini shifted Mr.Reddy to the newspaper headquarters in Chennai in 2015 but the latter was allegedly upset with the alleged dictatorial attitude coupled with some idiosyncrasies of the former within no time.

Following some exchange of words, mails and attempts for rapprochements, Mr.Reddy quit The Hindu in September 2015 and returned back to Hyderabad. We are not sure whether ‘The Hitler’ shown the door to ‘The Tiger’ for having a secret plan to launch a daily for KCR or The Tiger was asked by the ruling party to launch the English newspaper after his arrival to Hyderabad jobless but the fact is that Hyderabad is going to have an English newspaper. Mind you, Metro India, an English daily, launched by the former owner of Namaste Telangana, the mouth piece of the ruling party, had already proved to be a disaster. Metro India staff was asked to vacate the office to pave way for the Telangana Today team. Now the Metro India office is being used by the TT and some exciting dummies are getting ready. TT engaged a designer in Mumbai and a lot of churning is on to hit the stands with a brand new look that the Hyderabad reader never came across.

Mr.Reddy’s clout as a thorough professional and The Hindu’s capricious policies prompted many journalists to join Telangana Today. “Anyway, KCR or TRS will be ruling the State for ten years for sure. We needn’t worry for our money. What is the point in languishing in The Hindu in the face of severe work pressure and job insecurity?” one of the journalists reportedly told his friends in a meeting.

The tech-savvy Reddy while placing an order for a highly advanced printing machine from Europe, carefully chose his team of journalists to make a difference in the market. Going by the quality of the team so far, The Hindu, Deccan Chronicle and Times of India may find a very good competitor in the form of TT in Hyderabad. Indeed, it is good for readers!

TT is expected to be launched in the month of July, sources confirmed.