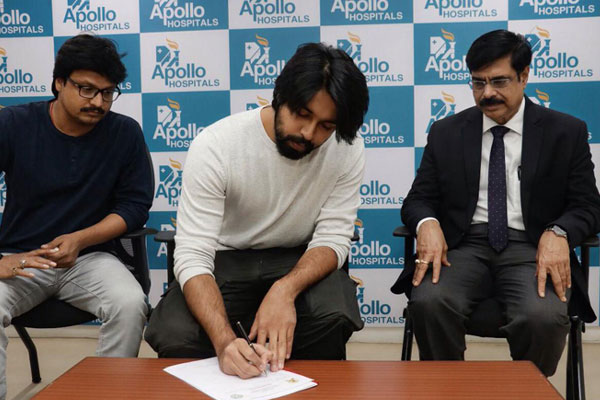 Megastar Chiranjeevi’s son-in-law Kalyaan Dhev is just one film old and he is preparing for his second project which will start rolling soon. On the eve of his birthday, Kalyaan Dhev pledged to donate his organs. The actor posted the pictures on his official social media handle once he is done with the formalities for Apollo Hospitals.

The actor signed his second film for Puli Vasu and the film will be produced by Rizwan Entertainments. Rhea Chakraborthy is the heroine and SS Thaman composes the music.