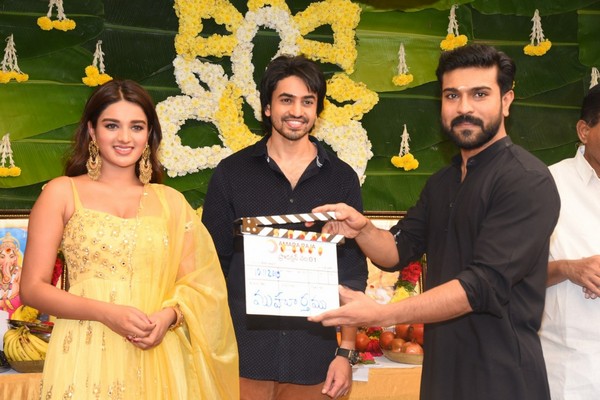 Ashok Galla is making his debut under the direction of Sriram Adittya. This untitled project was launched today.

Ram Charan, Superstar Krishna, and Rana Daggubati attended the launch event that was held in Ramanaidu Studios a short while back. This grand event was graced by numerous politicians and Tollywood stars.

Ram Charan, who attended the event as the special chief guest, clapped the first shot, featuring the main leads, Ashok and Nidhhi Agerwal.

Superstar Krishna handed over the script to the director and Rana Daggubati switched on the camera.

The regular shoot will commence from tomorrow itself. This film has a very unique concept and that is pretty much presumable if we take a look at Sriram’s previous films.

This film is being produced by Padmavathi Galla. Ghibran has been roped in to compose the music and Richard Prasad is the cinematographer. 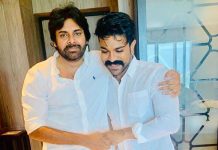 Pawan Kalyan brings Charan and Trivikram on board