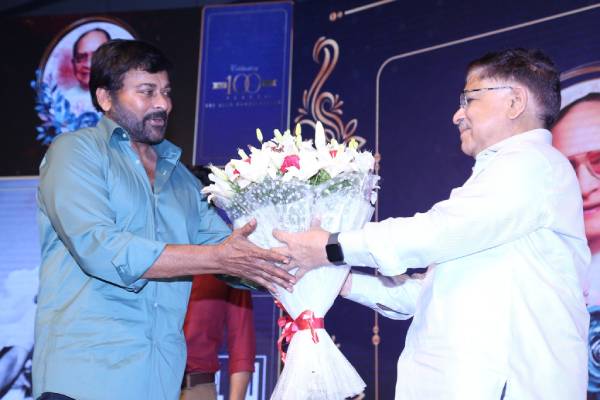 Allu family owns a 7-acre land in the costliest place of Kokapet in Hyderabad. The construction of Allu Studios has been happening in this premises from the past two years. Marking the 100th birth anniversary of legendary actor and comedian Allu Ramalingaiah garu, the prestigious Allu Studios has been launched. Megastar Chiranjeevi inaugurated Allu Studios today in the presence of their family members. Allu Aravind, Allu Arjun and others were present for the event. The idol of Allu Ramalingaiah garu too was unveiled today on the occasion. Allu Arjun thanked Megastar Chiranjeevi for gracing the occasion and doing the honour.

Chiranjeevi lauded the work and the contribution of Allu Ramalingaiah garu for Telugu cinema. He said that Allu Studios is a status symbol for the family. Allu Arjun’s Pushpa: The Rule would be the first film that will be shot in Allu Studios. The shoot commences in the mid of this month and a lavish set is constructed in the premises. Allu Bobby, Allu Sirish, Dr Venkateswara Rao and other family members were present for the event.