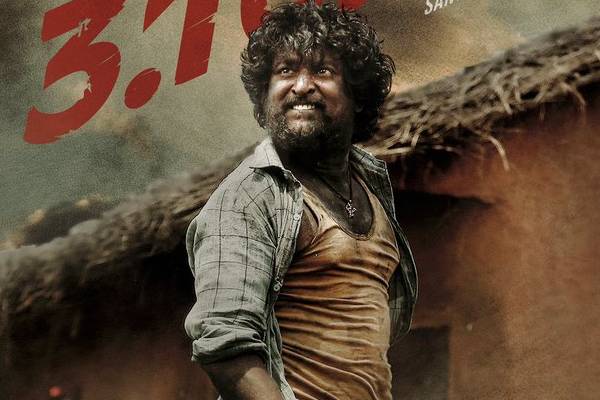 After proving his mettle as an actor, Nani has been picking up challenging roles and interesting scripts. His next film Dasara would be the costliest film made in his career and the shoot is happening in and around Hyderabad. Nani will be seen in a de-glam role and he will be seen as a Telangana youngster in the film. He even was trained specially to speak in Telangana diction for the role. The makers unveiled a new poster with the announcement of the first single Dhoom Dhaam Dhosthaan. Nani thrills the audience in the massiest look till date.

Nani is in a celebration mood in the poster in a traditional lungi look. His fans loved the look completely and he is rushed with compliments. A massive village set of Singareni colony is constructed in Hyderabad with Rs 6 crores. Keerthy Suresh is the leading lady and Santosh Narayanan is the music director. Sudhakar Cherukuri of SLV Cinemas is the producer and Dasara is announced for March 30th 2023 release.