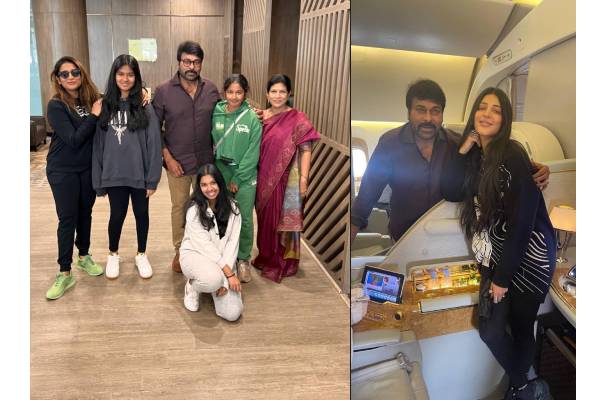 The shoot of Megastar Chiranjeevi’s upcoming film Waltair Veerayya is in the final stages and it is announced for Sankranthi 2023. Two songs are yet to be shot and they will be canned in some of the most beautiful locations of Europe. Megastar along with his family flew off to France for the shoot of the songs. He posted pictures of himself with his family and with the leading lady Shruti Haasan before he left to Europe. Chiranjeevi’s wife Surekha, his elder daughter Sushmitha and Chiranjeevi’s grandchildren too flew with Megastar.

Waltair Veerayya is a mass entertainer directed by Bobby. Ravi Teja plays a powerful role as Chiranjeevi’s brother in this mass entertainer. Shruti Haasan and Catherine are the leading ladies. Devi Sri Prasad scored the music and Mythri Movie Makers are the producers. The film is announced for January 13th 2023 release. Megastar will kickstart the promotions of the film once he is back from Europe. 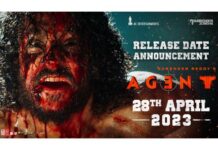 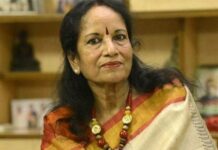