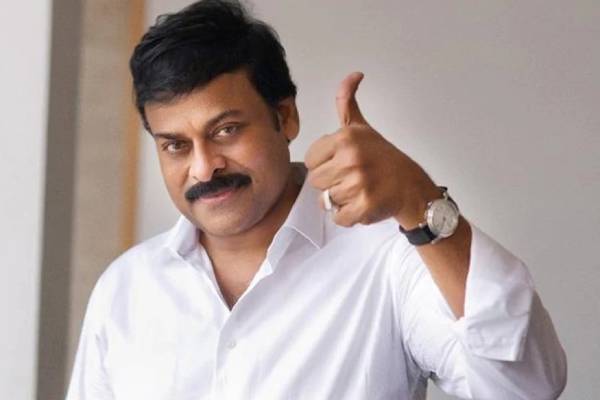 Megastar Chiranjeevi turned a signing spree like never before. He is done with the shoot of Acharya and he is currently juggling between the sets of God Father and Bhola Shankar. The top actor will also commence the shoot of Bobby’s film in December and will complete one long schedule. Megastar is keen to release four films in just a year’s time. Acharya will head for release on February 4th and the makers of God Father are keen to release the film during summer 2022.

Bobby’s film will complete shoot first and the film is expected to have a Dasara 2022 release. Bhola Shankar is aimed at Sankranthi 2023 release. Chiranjeevi is keen to lock the release dates and announce them at the earliest. The shoot of God Father is expected to be completed by January before Chiranjeevi heads for the promotions of Acharya. Megastar also is in talks to sign a new bunch of films. He signed a film in the direction of Venky Kudumula and the film will be bankrolled by DVV Entertainment. Like never before in the recent years, Megastar is planning four releases in a year.