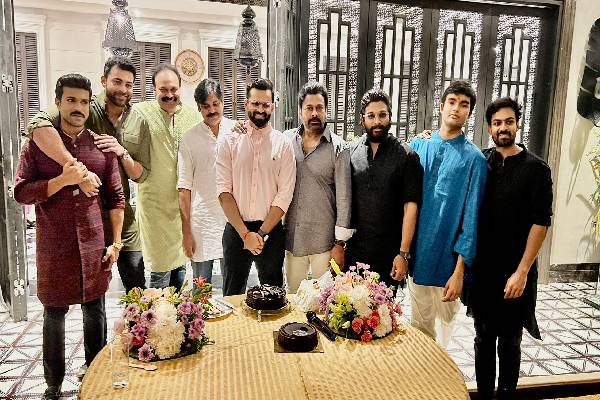 Mega hero Sai Tej met with an accident on September 10th after he lost control of his bike. He suffered several injuries and his fans, film fraternity was left in shock. He was admitted to Apollo Hospitals and the entire Mega family specially monitored his health. Sai Tej underwent a surgery for his collar bone and he was discharged recently. He met several close friends and celebrities in the past two weeks after he was discharged home.

Megastar Chiranjeevi shared the first click of Sai Tej after the accident. The entire Mega family celebrated Diwali recently and Chiranjeevi along with Pawan Kalyan, Naga Babu, Ram Charan, Allu Arjun, Varun Tej, Sai Tej, Vaisshnav Tej and Akira participated in the celebration. Sai Tej lost enough weight and he is spotted with a smiling face in the click. Sai Tej will take a break and he will return back to shoot next year.