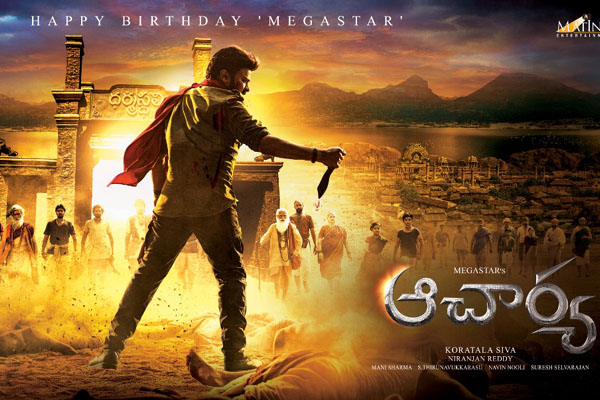 Koratala Siva raced to the top among the directors’ list of Telugu cinema in no time. After the super success of Bharat Ane Nenu in 2018, he bagged an opportunity to work with none other than Megastar Chiranjeevi. Koratala loves to pen his script on his own and he hardly spends six months to complete the bound script. His next film Acharya is taking three crucial years from Koratala Siva’s career which is worrying him badly. Though he mounted pressure, things are completely out of his control.

The film’s shoot is planned to commence from yesterday and Chiranjeevi was tested positive for coronavirus. This delayed the shoot of Acharya further and going with the current update, Acharya will resume shoot post Sankranthi 2021. Koratala’s plans for releasing the film for summer 2021 have almost vanished and there are talks that the film would hit the screens during Dasara 2021. Though Koratala Siva completed the bound scripts of a couple of other projects, he needs to complete Acharya before he shifts his focus on his next.

Koratala Siva is still not sure about the arrival of Ram Charan from the sets of RRR as Rajamouli is not ready to leave Charan before he completes his major portions of the shoot. The struggles for Acharya will continue for Koratala and the film will end up as a haunting experience for the star writer turned director. He announced his next film with Allu Arjun and he is keen to complete all the formalities by the time Acharya releases.