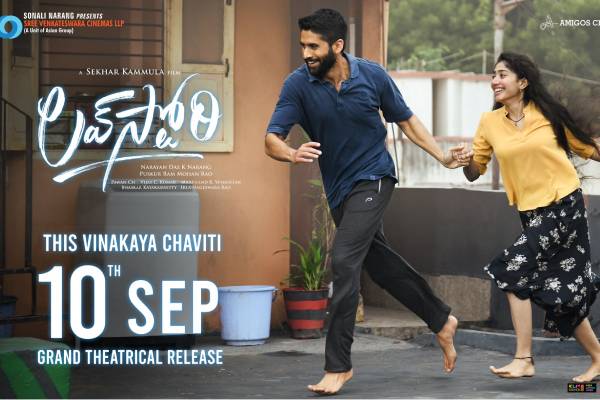 Akkineni youngster Naga Chaitanya and sensible director Sekhar Kammula are teaming up for the first time with Love Story, a romantic drama set in Telangana. Sai Pallavi is the leading lady and the released singles ended up as chartbusters. The makers of Love Story announced that the film will hit the screens during Vinayaka Chavithi on September 10th. A new poster featuring Chaitanya and Sai Pallavi is out along with the release date.

Love Story happens to be the first budgeted film to release in Telugu after the second wave of coronavirus. The makers closed the deals for massive prices and they are left in profits even before the release. Sree Venkateswara Cinemas LLP are the producers and Pawan Ch is the music director. The film is set in a Telangana village and both Naga Chaitanya, Sai Pallavi will be seen speaking in Telangana dialect.