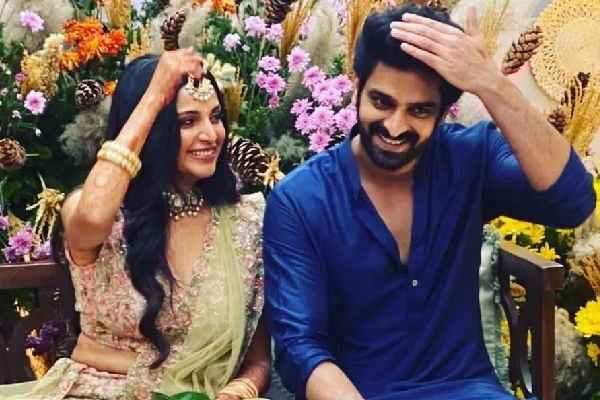 Tollywood young and promising actor Naga Shaurya is all set to tie the knot to his lady love Anusha Shetty. They have been in a relationship for some time and they decided to get married after getting approval from their parents. The pre-wedding celebrations took place last night in a grand manner and several Tollywood celebrities attended the celebrations. Some of the pictures of the couple went viral. Naga Shaurya and Anusha Shetty will tie the knot at 11:25 AM in JW Marriott, Bengaluru in the presence of family members, friends and limited guests. Several top Tollywood celebrities are expected to attend the grand wedding.

Naga Shaurya and Anusha are expected to host a grand reception for Tollywood fraternity soon in Hyderabad. Naga Shaurya and Anusha will take a short break from work. Shaurya is shooting for Rangabali, an action entertainer and an untitled film that was launched recently. Both these films are expected to release next year. Anusha is an interior designer by profession.