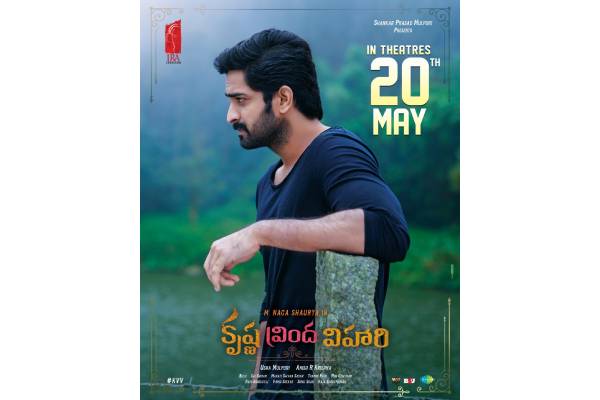 Hero Naga Shaurya’s Krishna Vrinda Vihari would have released this week on April 22nd. However, the makers have pushed it by almost a month. The film directed by Anish R Krishna is now announced for its release in theatres on May 20th. The makers made the announcement through this poster where Shaurya is seen staring somewhere.

The film produced by Usha Mulpuri on Ira Creations is not missing out to cash in on summer holidays. It’s indeed a good decision of the makers to release the movie during the holiday season.

Shirley Setia essayed Naga Shaurya’s ladylove in the romantic comedy film which is carrying encouraging reports ahead of its release, thanks to the appealing promotional content.