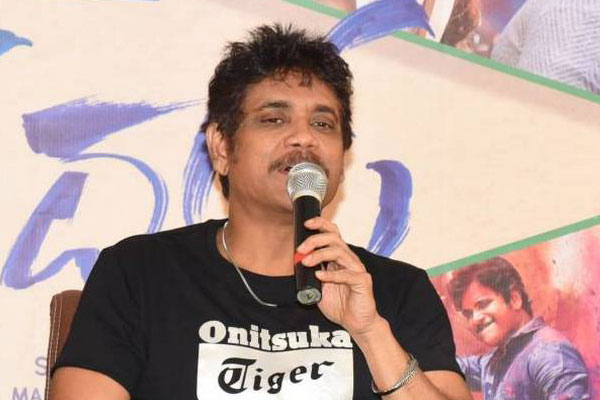 King Nagarjuna and Natural Star Nani are all set to thrill the Tollywood audience with DevaDas and the film has been carrying decent buzz all over. Nag and Nani along with the heroines Aakanksha Singh, Rashmika Mandanna have been promoting the film all over the past one week. However during the recent interview, Nag slipped his tongue and made some unusual comments on the film which left the makers in deep shock. “Watched the film couple of days ago. I should have watched it before, did not get a chance” said Nagarjuna.

Nag indirectly revealed that he is not convinced with the output and if the final copy was shown in advance, he would have made enough changes. There are speculations that Nag is even not happy with the film’s director Sriram Aditya who has been shooting for the film till the last minute. “Every film should be ready one month in advance. Sriram Aditya should consider this for his next films” revealed Nagarjuna.

Nag has always been open about his films and some of his recent movies have been shot again and enough changes have been made for them before the release. We have to wait to see if Nag’s comments will have an impact on the film’s collections. DevaDas produced by Vyjayanthi Movies is hitting the screens on September 27th all over.