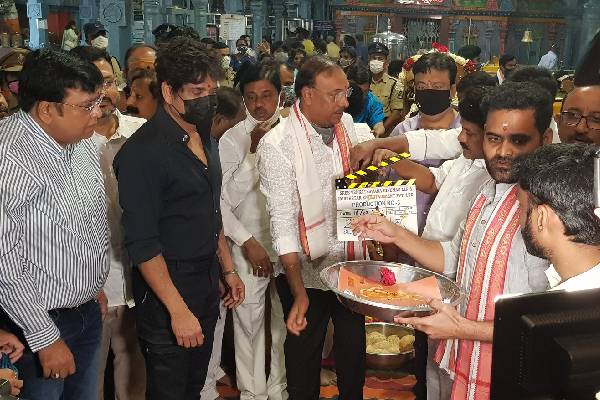 King Nagarjuna completed the shoot of Wild Dog long ago and the film is aimed for April 2nd release. The veteran actor has been in talks with Praveen Sattaru for an action thriller and the film got its official launch today. The regular shoot of the film commences from February 22nd and will be completed in quick schedules. The details about the cast, crew will be announced by the makers soon. Sree Venkateswara Cinemas LLP and Northstar Entertainments will jointly bankroll this prestigious project. More details to be announced soon.