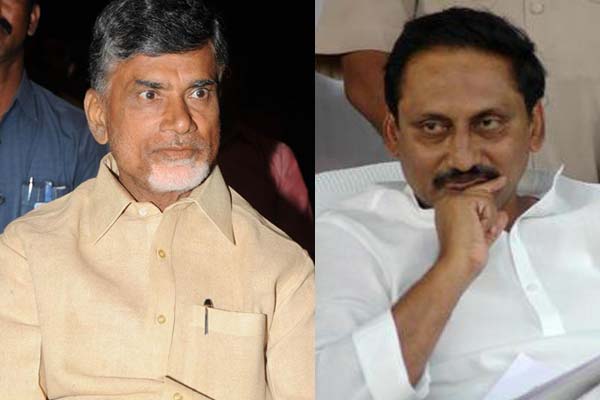 Andhra Pradesh government on Friday canceled ex-chief minister Kirankumar Reddy’s dream project ‘Chittoor District Drinking Water Supply Project’. Stating that TDP government has embarked on the technically advanced and more dependable Statewide Water Grid project, the government revoked all orders issued in connection with the most ambitious drinking water project ever taken by any government in the country for a single district. Ever since Naidu took charge as chief minister, the Kirankumar Reddy’s project has been give a short shrift.

The rivalry between the two Chittoor district leaders was so intense that Naidu canceled the project showing a distant dream of inter basin transfer of water to meet the demands of Chittoor district. Though there has been no progress in the grounding of the project, Kiran’s government has spent nearly Rs 100 crore on the project. The total cost of the project when contemplated was Rs 4300 crore.

In the GO issued to dump Kirankumar Reddy’s project, Naidus’ government went extraordinary lengths to defend the proposed State Water Grid Project and debunk the Kirankumar Reddy’s project. ” The proposed water grid is far superior to the Chittoor District Drinking Water Supply Scheme which was dependent on a single source of Kandaleru. On the other hand the in State water Grid Water would be drawn from many reservoirs such as Velligallu and Adivipalli , Somasila reservoir and Mallimadugu, Araniar, Kaalangi and Kalyani dam which would be fed by HNSS besides Kandaleru – Poondi canal,” the GO said.
“As the Government has decided to complete Hundri-Neeva Srujala Sravanthi (HNSS) & Galeru-Nagari Srujala Sravanthi (GNSS) Projects at the earliest so as to meet water needs of Rayalaseema Region by diverting Krishna River water ” the GO said and added that there was no need to pursue the old project.

2. The PR & RD (RWS) Dept. shall work out a robust & more dependable drinking water supply plan to the Chittoor District at the earliest.

Kirankumar Reddy’s government contemplated the project to supply safe drinking water to Tirupati including Tirumala, Chittoor, Madanapalli, Punganur and Palamaneru Urban Local Bodies and Rural Areas of District by transporting the water from Kandaleru Reservoir in SPSR Nellore District in two phases, covering 8468 habitations in 46Mandals and 5 Urban local bodies in Phase 1 while the remaining mandals in Chittoor District were proposed to be covered in phase-2. The project was planned to be taken up at cost of whopping Rs 4300 crore. The project created so much controversy that as soon as the scheme was announced four cases were filed against the scheme. One of the cases was filed by TRS leader T Harish Rao to get the court directions to scrap the project.