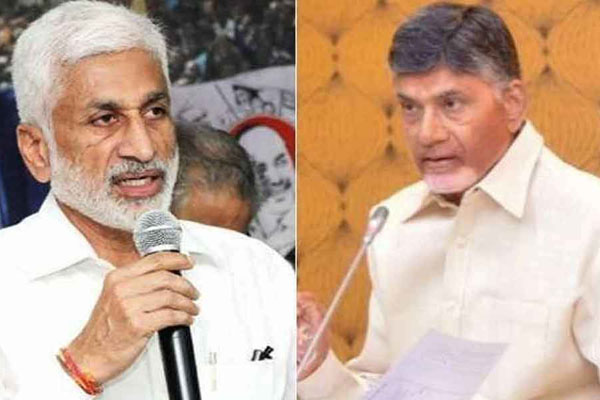 AP Ex Chief Minister N Chandrababu Naidu and YCP Number 2 Vijayasai Reddy are camping in the separate gallery boxes to guide their MLCs in the AP Legislative Council on the 3 Capitals Bill. Nearly 22 YCP Ministers are there inside the Council to bulldoze and get the Bill passed. But the TDP Floor Leader Yanamala Ramakrishnudu is demanding that the Capitals Bill should be referred to a Select Committee. Whereas, Minister Buggana Rajendranath Reddy said that technically, it wouldn’t be possible as TDP didn’t ask for Select Committee in advance. TDP asked how can it predict that the there would be so much deadlock on the issue.

The Council turned into a battle zone throughout the day. Both YCP and TDP stuck strongly to their positions. The Chairman had to adjourn the Council several times. Naidu had to remain in the gallery because TV live coverage of the Council was suspended by the ruling YCP to avoid getting negative attention from the viewers. Both Naidu and Vijayasai were seen consulting and guiding their MLCs in the Council strategy wars. Naidu is personally monitoring Council strategy to prevent the YCP from winning some more MLCs in favour of the Capitals Bill.