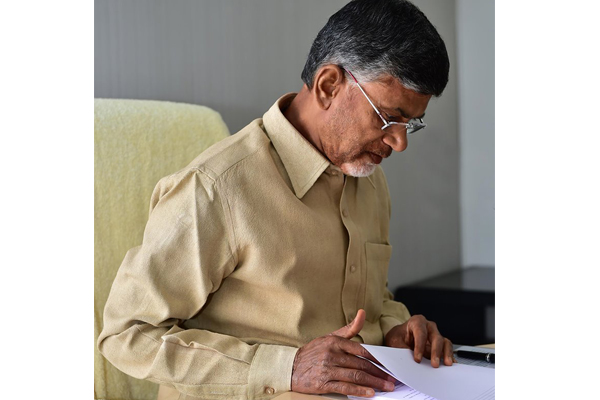 Singapore, is the only word chief minister Naidu learnt to chant with ease after assuming office as chief minister of Andhra Pradesh in 2014 without studying the trajectory of city state’s miraculous creation of wealth. He wanted to recreate a riverside resort like capital on the lines of Singapore for those who want to invest in Andhra Pradesh with colorful night life. A City without night life is no city at all for him. All his speeches about Amaravati read like an elegant brochure of a leading real-estate developer.

He claimed a hundred times that Singapore country is building the capital, even though the ministers of the Island Nation such as Shanmugam, and Eswaran repeatedly asserted that Singapore government would have no role whatsoever in the construction of capital. Whenever, Naidu spoke of Amaravati, he was speaking only of Singapore governments, Singapore’s creation of island, Singapore Companies, Singapore Museum, Singapore ruling party etc. He never spoke of involving Indian Companies, Indian developers, Indian Urban Planners. His obsession with Singapore was so much that he had even planned some institutes on the lines of Singapore Institutes in Andhra. He had sent batches of Andhra officials to learn Singapore work culture. Singapore Ministers participated in every important ceremony in the state, connected or otherwise to Amaravati. Andhra Pradesh had been transformed into an outpost of Singapore.

Naidu’s Singapore dream appears to be fading before dawn. The CM for the first time uttered the word ‘India companies’ in the construction of capital. While reviewing the activities of Capital Region Development Authority (CRDA) he talked of involving the Indian Companies in the construction of core capital. Official sources said a decision to this effect had been taken in the meeting. A press note issued by the Chief Minister’s Office clearly mentioned that all important government buildings such as Raj Bhavan, Secretariat would be given to the native companies “in order to expedite the completion construction”. The talk in the corridors of power is : It is not the realization of the need to complete the core capital quick that forced Naidu to involve Indian Companies, but it is the centre’s insistence on going in for open bidding rather Naidu’s favorite ‘Swiss Challenge’ in awarding contracts, sources in the government said. Swiss Challenge method is a process of contracts to the developer. ” A Company can submit a development proposal to the government. It will be posted online and anther third person can submit another proposal with improvement and beat the proposal,” an official in the government said.

According to sources in the government, centre doesn’t want to give free hand to Naidu in the construction of core capital as it is funding the project. As per the Andhra Pradesh Reorganization Act, Centre would finance the cost of the construction of government buildings in new capital of Amaravati. So, the centre has reportedly instructed state government not to promote Singapore Companies too much at the cost of India Companies. The result is yesterday’s decision to engage the Indian Companies in the construction of government Offices. This is going to alter the artist’s concept of Amravati widely circulated to give an impression that Amaravati is a future city. Naidu’s Singapore Plan is bound to undergo changes to the extent Centre finances the capital project.