Natural Star Nani turned a signing spree and he is said to have signed a new project. Sukumar’s protege Srikanth will direct this rustic love story that is set in the backdrop of Telangana. For the first time, Nani will be seen speaking in Telangana accent. Nani thrilled the audience with his Rayalaseema dialect in Krishnarjuna Yuddham. His next film Tuck Jagadish is set in Godavari backdrop and Nani’s vocals will be tipped with Godavari slang.

Now, Nani will soon try Telangana dialect in his next film which is yet to be titled. The project is expected to roll next year. Padi Padi Leche Manasu fame Sudhakar Cherukuri will bankroll this rustic love story on SLV Cinemas banner. The film will also have its official launch next year. Nani after Tuck Jagadish has films lined up with Rahul Sankrityan and Vivek Athreya. 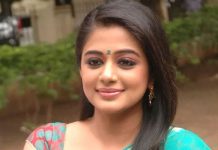