Natural Star Nani is reinventing himself and is set to thrill the audience with innovative attempts. For ‘V’, he will be playing a serial killer and his role has negative shades. Soon after this, he has Tuck Jagadish in which he plays a middle-class brother. From the past couple of days, there are speculations going on that Nani suffers from bipolar disorder in Tuck Jagadish. All the gossip portals carried the news which reached Nani.

Nani is shocked after hearing the rumor. The actor clarified that there is no truth in the news. Tuck Jagadish is a pure emotional entertainer that is directed by Shiva Nirvana. Jagapathi Babu plays Nani’s brother and the film has a bunch of renowned actors. Ritu Varma and Aishwarya Rajesh will be seen in other crucial roles. The film is 40% complete and Nani is keen to resume the shoot at the earliest. Shine Screens are the producers. Nani has a periodic drama titled Shyam Singha Roy which is the costliest film in his career and the project rolls next year. 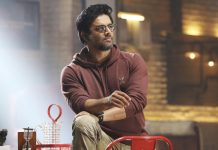 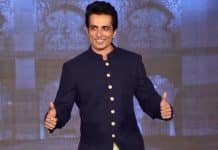