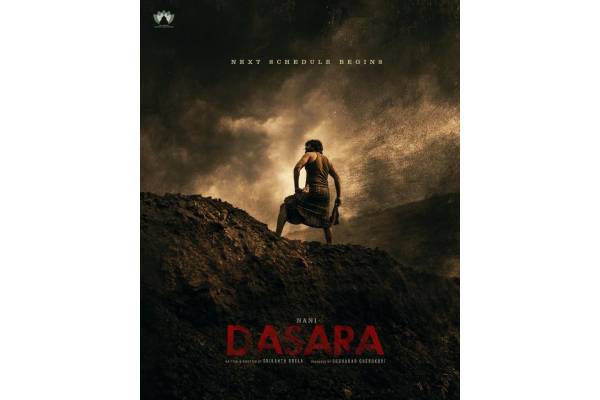 Nani and Keerthy Suresh are working together for the second time for Dasara, after Nenu Local. While Nenu Local was a class and family entertainer, Dasar is an action drama set in Coal Mines In Godavarikhani in Telangana. Srikanth Odela is debuting as director with this film.

The new shooting schedule of Dasara has commenced from today in Hyderabad. The makers are shooting some significant sequences in this long-lasting schedule for which a massive set was constructed. The poster of the shoot commencement shows Nani in an intense and mass look. Nani can be seen enjoying his bidi time at the coal mine.

Dasara is Nani’s first Pan India project and it is being made on high budget. Sudhakar Cherukuri is producing the movie on SLV Cinemas banner. A glimpse called Spark Of Dasara set the bar high on the movie.