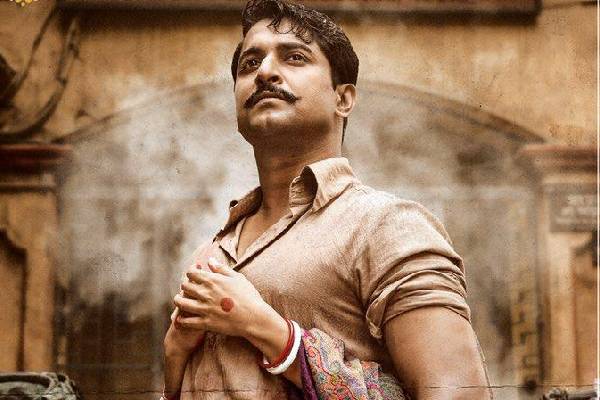 Two films of Nani: V and Tuck Jagadish had to skip the theatrical release because of the unfavorable conditions created due to the coronavirus. Nani is done with the shoot of Shyam Singha Roy which is touted to be the costliest ever film made in Nani’s career. Some of the media houses and web portals started speculating that the film too will head for a digital release. But the real news about Shyam Singha Roy is that the film will head a theatrical release and the direct digital release will never be entertained and it was never considered.

The makers will wait for months till normalcy returns and will release the film only in theatres. Shyam Singha Roy is made for theatrical experience and a grandeur finesse is promised. A lavish set is constructed in the outskirts of the city and a major portion of the film is shot in the Kolkata temple set. The film also has a huge dose of VFX work and the final copy is expected to get ready in two months. The non-theatrical deals fetched huge prices for Shyam Singha Roy and the makers will close the theatrical deals once the release date gets finalized.

Shyam Singha Roy is directed by Rahul Sankrityan and it features Nani, Sai Pallavi, Krithi Shetty in the lead roles. Niharika Entertainment are the producers of the big-budget periodic film.