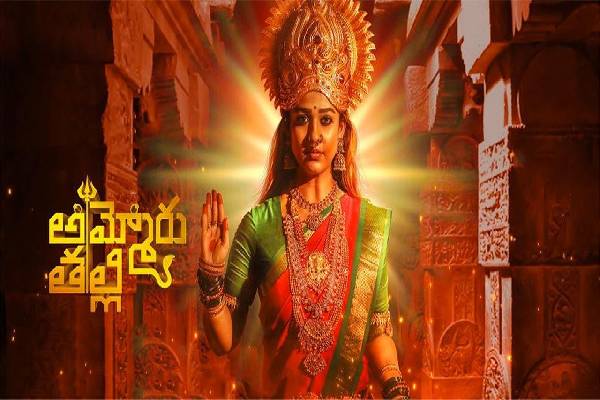 Actor RJ Balaji is making his debut as a director with Ammoru Thalli. He co-directed this comic entertainer along with NJ Saravanan. Nayanthara, RJ Balaji, Urvashi, Ajay Ghosh and others played the lead roles in Ammoru Thalli which is a take on fake babas. The film is streaming on Disney Plus Hotstar from today. Here is the review of the film:

Ramaswamy (RJ Balaji) is a reporter for a struggling television channel. He works on an 11,000-acre land scam for over six years to get promoted and move to a renowned news channel. He happens to meet Goddess (Nayanthara) one fine day and the rest of Ammoru Thalli is all about why she made her presence and digs out the fact behind Bhagavathi Baba (Ajay Ghosh). Watch Ammoru Thalli to know about what happens in this interesting drama.

Ammoru Thalli is focused on fake babas and about the land scams that are done in the name of the God. The narration looks new and RJ Balaji managed to mix the right amounts of entertainment in the film along with enough drama. The film connects well for middle-class families and has an emotional drama throughout. Nayanthara is an asset for the film and she did her part well. Her presence as Goddess impresses the audience big time. The dialogues are decent. RJ Balaji fits well in his role and did with perfection. Ajay Ghosh is the other highlight of the film.

The first half of Ammoru Thalli looks decent and keeps good premises set for the second half. The family episodes are well presented and the narration is decent though the story is quite predictable and known for the audience. The second half of the film is passable and has enough dose of entertainment along with a thoughtful message.

RJ Balaji has taken enough care of the script. The screenplay looks decent and the directors picked up the right actors for all the crucial roles. The background score and cinematography work is good. The music is not appealing and the production values are apt. The editing work should have been better. RJ Balaji and Saravanan does a decent job with the film. On the whole, Ammoru Thalli makes a decent one time watch and can be given a shot.