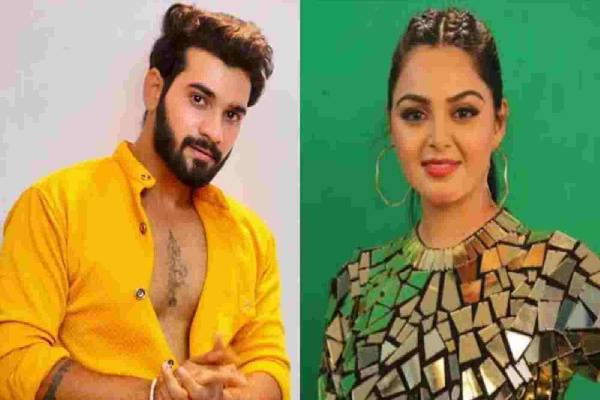 Bigg boss season 4 Telugu that lasted for more than 100 days earned mixed response from the audience compared to the previous seasons. But the contestants of this season are getting much better options compared to the contestants of other seasons. Now Akhil and Monal, who were considered as hot pair In the house are now coming up with a new web series. Akhil revealed the news from his own social media handle. details as below.

In a big boss season 4, Abhijit won the trophy while Sohail received 25 lakhs prize money. However Akhil who stood as runner-up did not get anything. As long as big boss season 4 was being aired most of the audience were discussing about the chemistry between Akhil and Monal. Now one of the producers wanted to cash on the curiosity of the audience about the chemistry between Akhil and Monal. A web series is planned with Akhil and Monal as lead pair and is titled as Telugu Abbai, Gujarat Ammai. Incidentally Akhil is a Telugu boy and Monal is Gujarat girl.

While Monal has already bagged couple of opportunities after big boss, we need to wait and see whether Akhil too will settle down using the popularity earned during big boss season four Telugu.