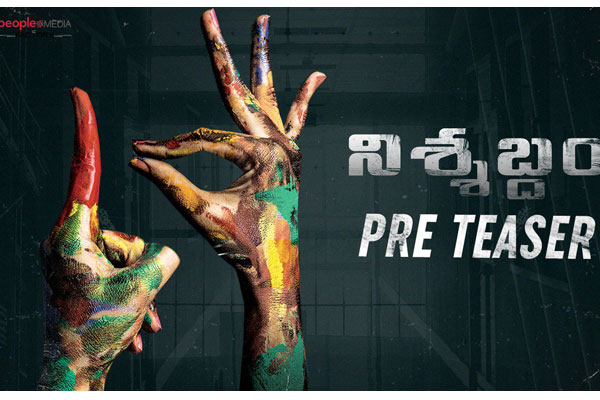 Anushka Shetty’s next is a silent thriller film in which she plays a mute artist. Titled as Nishabdham, it is directed by Hemant Madhukar and features an ensemble cast including Madhavan in a significant role. The intriguing posters of Nishabdham have already grabbed the eyeballs of audience and set up good buzz on the film.

On the eve of Diwali, Anushka Shetty shared the pre teaser of the film and the 20 second video snippet piques the curiosity of audience for its gripping visuals and riveting background score. Even though the brief pre teaser doesn’t drop any hints about the genre, it suggests that the film has an intriguing premise and suspense elements.

The first teaser will be unveiled on November 7th on the eve of Anushka’s birthday. Majority of the film’s shoot has been done in USA. People’s Media factory has bankrolled the film.