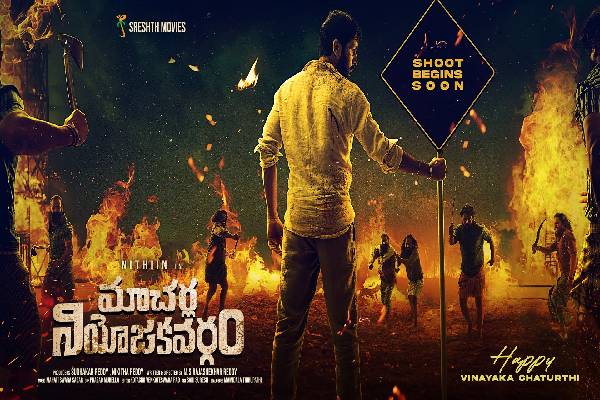 Young actor Nithiin is on a break after the release of Rang De. The actor taking the pandemic break lined up a bunch of projects. His 31st film got its official launch today and it is titled Macherla Niyojakavargam. Editor SR Sekhar is making his directorial debut with this film which is expected to be an action entertainer. The title and the first look poster of the film are out today. Krithi Shetty is the leading lady in Macherla Niyojakavargam and Nithiin”s home banner Sreshth Movies are the producers.

The movie has been launched in the morning and Allu Aravind, Anil Ravipudi attended the event as special guests. The shoot of Macherla Niyojakavargam starts soon and the film’s shoot will be completed before the end of this year. Macherla Niyojakavargam will release next year. Nithiin also signed his next in the direction of Vakkantham Vamsi and the project rolls in December.