Stylish Star Allu Arjun is all delighted with the performance of his recent offering Ala Vaikunthapurramuloo. The actor threw a series of parties and he is now on a break. Allu Arjun recently interacted with national media and registered several interviews. During his interaction, Allu Arjun revealed about his Bollywood plans. The actor said none of the scripts in Hindi excited him till date.

“Hindi is the main film industry of the country and we have a lot of respect for Bollywood. Frankly speaking, none of the scripts I heard excited me. I am waiting for the right script for my Bollywood debut. I will make my debut with a straight Hindi film for sure soon” said Allu Arjun. The actor’s next film will be directed by Sukumar and it will start rolling from March. 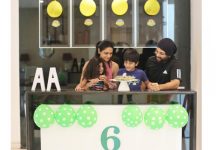