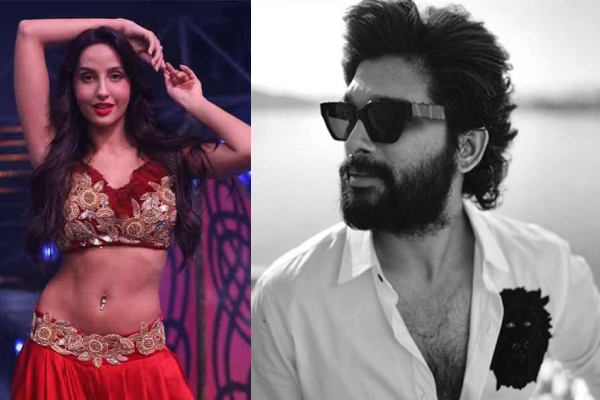 Stylish Star Allu Arjun is shooting for Pushpa, a high voltage action entertainer that is directed by Sukumar. The film’s talkie part will be wrapped up before Dasara and Sukumar will shift his focus on the songs. Three songs are yet to be shot and one among them is an item number. There were strong talks that Bollywood beauty Disha Patani will shake leg with Allu Arjun in the peppy item number that will be canned in a special set. The makers have changed their plans and they have approached glamour doll Norah Fatehi for the same.

The actress is yet to take a call on this offer. Pushpa is a pan-Indian attempt and Sukumar is in plans to rope in a Bollywood beauty for the item number. The special song will be shot in November. Pushpa is announced for December 17th release and Rashmika Mandanna is the leading lady. The second single ‘Srivalli’ will be released on October 13th. Mythri Movie Makers are the producers of Pushpa. Fahadh Faasil is the lead antagonist and Devi Sri Prasad is composing the music, background score for Pushpa.