Writer Vakkantham Vamsi is making his directional debut with Allu Arjun’s forthcoming film Naa Peru Surya which is tipped to be a patriotic drama with good dose of commercial elements. The film’s shoot is progressing at a brisk pace and the makers have already locked Summer for grand release.

It is heard that Bunny is very happy with the way the film is shaping up. Sources close to the unit revealed that Bunny is content with Vamshi’s handling of the ensemble cast and his efforts to extract from them what he exactly needs for each scene.

Naa Peru Surya features Sarath Kumar, Arjun Sarja, Nadiya and Bommani Irani in crucial roles. Despite such heavy star cast, Vamshi and his team are not anxious and successfully wrapping up all scenes with utmost satisfaction. 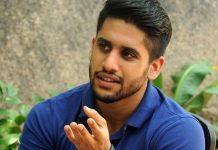