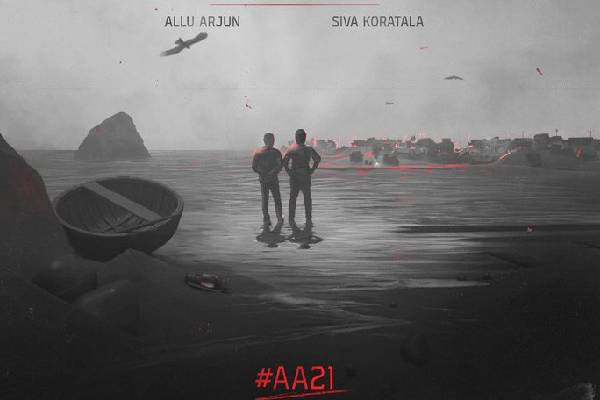 As speculated, Allu Arjun is joining hands with Koratala Siva for an action entertainer with a strong social message. The movie is announced officially today. Koratala Siva’s close friend Mikkilineni Sudhakar along with Geetha Arts will produce the film on Yuvasudha Arts. Allu Arjun’s close friends Sandy, Swathi and Nutty will co-produce this prestigious project. This film will start rolling during the early weeks of 2022 and will release in the same year. A poetic poster is out on this occasion. Allu Arjun and Koratala Siva are presented from the back view. The details about the cast, crew will be made official soon.

Here comes the much anticipated collaboration ever, Stylish star @alluarjun & Ace director @sivakoratala teaming up for a Biggest Entertainer, which is going to be made in multiple languages. #AA21 🔥#AA21WithSivaKoratala @Yuvasudhaarts @GA2Official #SudhakarMikkilineni pic.twitter.com/YZOio42LTJ