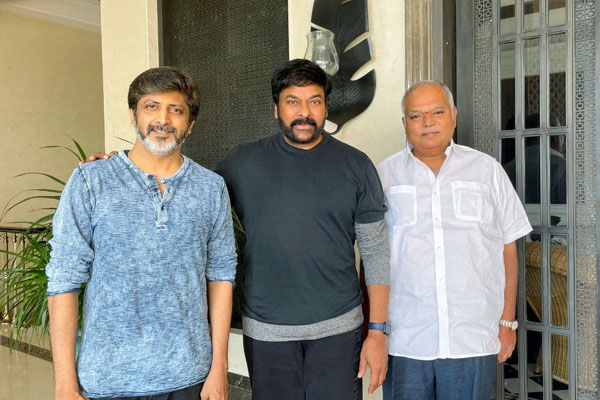 Megastar Chiranjeevi is shooting for his upcoming movie Acharya in the direction of Koratala Siva. He is holding talks for the remakes of Vedhalam and Lucifer but there is no clarity about which project would commence first. An official announcement is out about Chiranjeevi’s next and he will commence the shoot of Lucifer remake from January after Sankranthi. Tamil top director Mohan Raja will helm the project and the scriptwork of the project is completed.

Chiranjeevi will take a short break from the sets of Acharya in January and will allocate the dates for Lucifer remake. NVR Cinema along with Konidela Production Company will produce the project jointly. More details about the project will be announced officially soon. Chiranjeevi will take up Vedhalam remake once he is done with the shoot of Acharya and Lucifer remake.