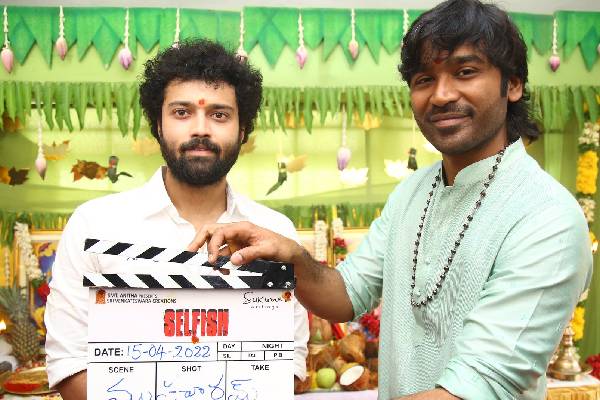 Top producer launched director Sukumar with Arya 18 years ago. The duo did not work together after that due to various reasons. Now, after 18 years, Sukumar and Dil Raju are collaborating for a film that will have Dil Raju’s nephew Ashish in the lead role. The film is titled Selfish and the movie got its official launch today in Annapurna Studios. Tamil actor Dhanush attended the event as a guest and blessed the team. Anil Ravipudi, Sriram Venu and Harish Shankar are the other guests for the day.

Kasi Vishal will make his debut as director with this youthful entertainer. Sree Leela is paired up beside Ashish and Sri Venkateswara Creations, Sukumar Writings are the producers. Mickey J Meyer will compose the music and background score for Selfish. The film will release next year.