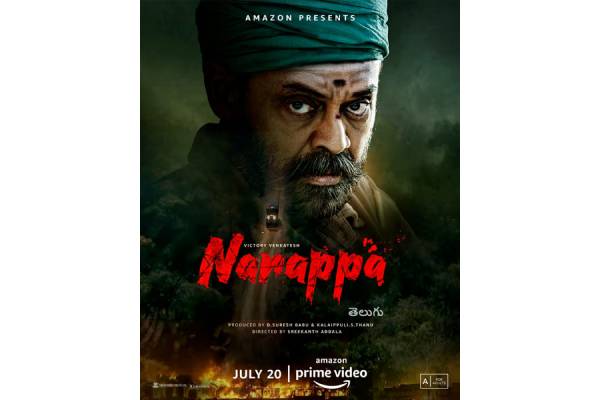 After the second wave of coronavirus, there are debates going on about the theatrical release or a direct digital release. Veteran producer Suresh Babu closed several deals of all his upcoming movies. The first one to have a direct digital release is Naarappa. Amazon Prime acquired the rights of the film for a huge price and the makers are left in handsome profits. It is now official and Naarappa will be available on Amazon Prime from July 20th. Venkatesh and Priyamani played the lead roles in this rustic village drama that is directed by Sreekanth Addala.

The film is carrying decent expectations and Naarappa is produced jointly by Suresh Productions and V Creations. Manisharma composed the music and background score. Venkatesh also completed the shoot of Drishyam 2 and the film too will head for a digital release soon. The makers are keen to release the film during the Independence Day weekend. Venkatesh is currently shooting for F3.