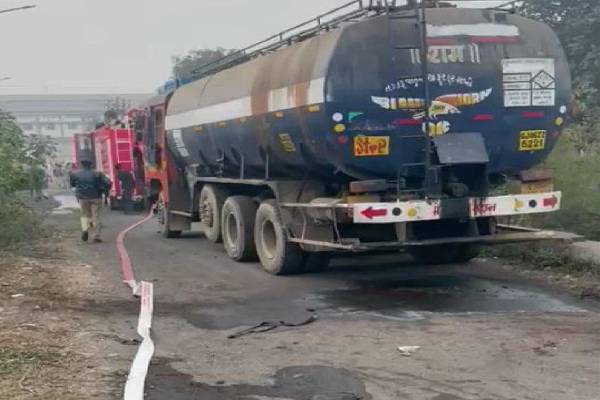 In a shocking incident at least six people died and over 20 are in critical condition after gas leaked from a parked vehicle in a company premises in Gujrat’s Surat. The incident occurred in the Sachin GIDC area of the city early on Thursday morning. Most of the early casualties were those who were sleeping near the parked tanker. Soon after the incident, the fire services were sent an SoS and they rushed to the spot immediately. They managed to close the lid from where the gas was leaking and thus contained the gas leak.

The mill where the mishap occurred is identified as Vishwa Prem Mills. The incident occurred at about 5 AM.

According to sources, the gas leak occurred while the chemicals were being transferred into a drain. The gasses emitted from the tanker engulfed the whole area. The people suffered breathlessness and fell unconscious. The rescue workers have shifted the patients to the nearby hospital, where they are being treated. The condition of several persons is stated to be critical.