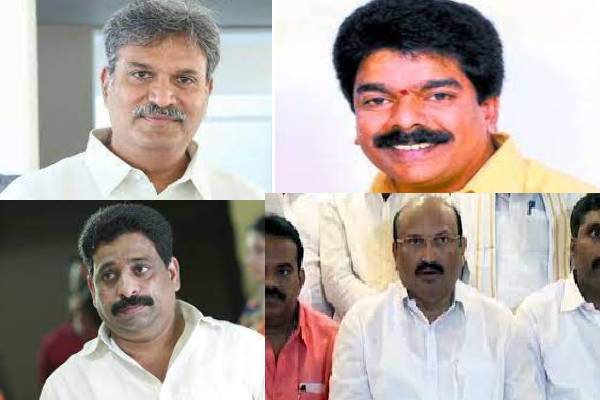 The TDP is a divided house in its strongest citadel – Vijayawada. Vijayawada urban TDP is suffering intense group fights and these are threatening to hit at the very roots of the party in Vijayawada.

The party is divided into four factions led by MP Kesineni Nani, former MLA Bonda Uma, former MLC Buddha Venkanna and Sheikh Nagul Meera. Each is working at cross purposes. As a result, the party workers are left thoroughly confused. They are worried that the party will lose whatever clout it has if the same trend of infighting continues.

Interestingly, all these four were very friendly and united till 2019. Nani was the MP and he was on very good terms with Bonda Uma. They even roped in Buddha Venkanna. But, after the 2019 elections, Nani began a very vituperative attack on Buddha Venkanna. They fought on not just party forums, but also on social media. Later, even Bonda Uma fell out with Kesineni Nani. Now, Nani is trying to project his daughter Shweta as his political heir. He even projected her as the mayoral candidate for VMC. It is another matter that Shweta won her division, but the party lost badly to the YSRCP.

Now, even Vijayawada One Town leaders like Nagul Meera and Jaleel Khan feel threatened by Swetha’s aggression. With Nani promoting her, they feel she could contest from their domain of the Old City. As of now, no attempt is being made by the party’s top leadership to address these differences. Though Lokesh has tried to patch up the differences, he has not succeeded. The result? The TDP is divided into four factions with no signs of the situation improving.