Switch to: తెలుగు
Home Movies Movie News Pakka Commercial’s Andala Rakshasi To Be Out On This Date 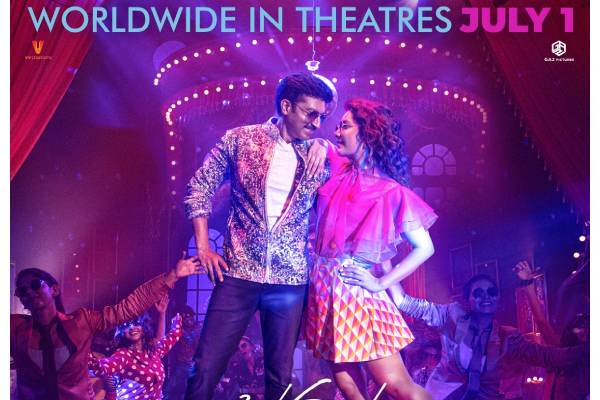 The makers of Gopichand and Raashi Khanna’s Pakka Commercial have decided to ramp up the promotional campaign. The stage is set for the arrival of a new song from the film’s audio album.

The new song from the film’s audio album is titled Andala Rakshasi and it will be unveiled on June 1st.

Andala Rakshasi depicts the chemistry shared between the lead pair. It gives a peek into the love the protagonist, Gopichand has towards his love interest, played by Raashi.

A related poster was unveiled a short while ago and it publicizes the arrival date of the song.

Pakka Commercial is directed by Maruthi and it is produced by UV Creations and GA 2 Pictures. The film’s release date will be officially announced very soon.