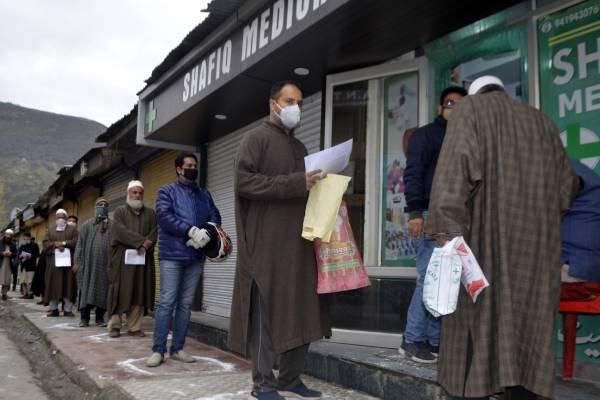 Panic gripped the entire Kashmir Valley when rumours spread throughout that Thursday could be the end of the World.

People in Srinagar city, and towns and villages of the Valley, started calling the ‘Azaan’ (Call for Namaz) which is unheard of during the night hours anywhere in the Islamic World.

Women and children at many places were crying as rumours said people had seen ‘Dajaal’ (The Doomsday Trumpeter) on the sky.

Many people also said they had seen the name of the Prophet of Islam written across the night sky.

Still others shunned their beds and came out in complete bewilderment asking each other what had actually happened.

These rumours were basically fuelled by news reports that a huge asteroid would pass close to the earth on March 26, 2020.

The news report had quoted NASA officials saying that a potentially hazardous asteroid would skim the earth on March 26, 2020.

The news report gave credence to local rumours because there is a general belief among Kashmiris that ‘Qayamat’ (Doomsday) would happen on a Thursday.

It must be mentioned that with the discovery of 11 positive cases of COVID-19, people in Kashmir are already living on the edge these days.

The Valley-wide resort by the people to ‘Azaan’ left the authorities clueless for many hours as to what had caused the panic.