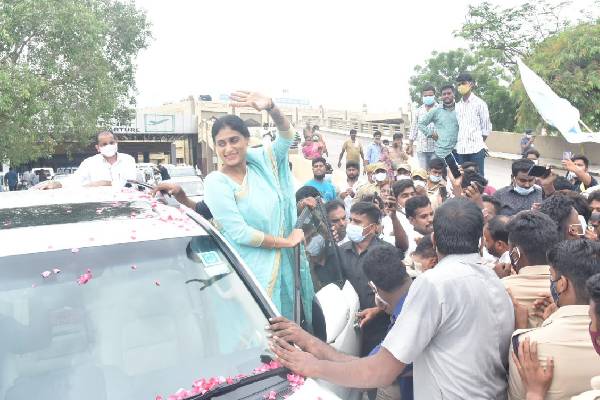 The BJP on Thursday reacted satirically to the launching event of YS Sharmila’s party “YSR Telangana Party” (YSRTP) in Telangana.

It said the whole event was conducted in Hyderabad as if it was a film’s audio function and not as a political party launch.

BJP official spokesperson Krishna Sagar Rao said the venue for the party launch itself was wrong as no political party will be launched in a closed private A/C function hall or convention centre.

Political parties are launched in the midst of public gatherings, he stated

Rao lambasted Sharmila for launching her party in Telangana instead of launching in her native Andhra Pradesh.

Rao said Telangana people have no respect or love for YSR or his family as Telangana people strongly feel that it’s YSR who blocked the formation of Telangana State in 2004 itself and he obstructed it till his death in 2009.

Even today, everyone in Telangana and Andhra says that if YSR was alive Telangana State would not have been a reality.

Rao said Sharmila’s party has no role or space on Telangana political landscape and her party will vanish from Telangana even before it could fully take shape.