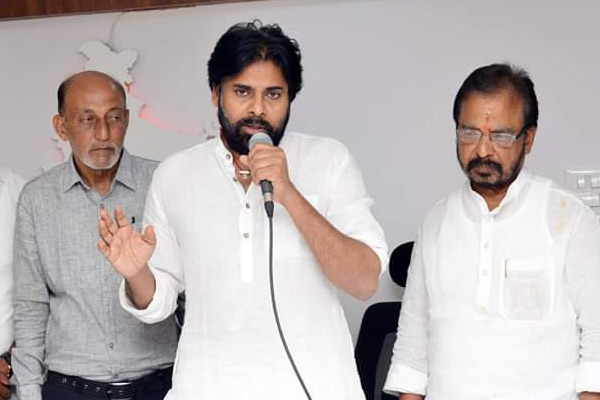 Jana Senani Pawan Kalyan congratulated PM Modi and CM–in-Waiting Jaganmohan Reddy on their victories. He humbly accepted defeat in the two segments of Gajuwaka and Bhimavaram where he lost. He also accepted the fact that Jana Sena has hopes of winning chances in only one seat.

At the same time, Pawan asserted that he would continue to be in politics and his party would be present in the fight for people’s rights. He asked YCP and BJP to confer special status on AP just to fulfill the long held aspirations. He said that YCP has got total majority in AP and BJP too has a landslide in the country which is enough to fulfill YCP’s special status promise to AP.