Fans of Pawan Kalyan and Allu Arjun are not in good terms ever since Allu Arjun refused to endorse the Powerstar chant during one of the Mega events last year. Even the ‘Cheppanu Brother‘ dialogue used by Allu Arjun at the event became a popular buzzword thereafter. Pawan fans have been targeting Bunny for no real reason from that day. The skirmish war between both these parties reached a new high with the release of Duvvada Jagannadham ( DJ) teaser.

The teaser of DJ, which was unveiled recently, bagged an embarrassing record with most number of dislikes for any teaser in South India. Though the teaser looks decent with Bunny showcasing his versatility, it garnered 90K dislikes ( counting). This is a result of ugly spamming from Pawan fans. To compensate the dislikes, Allu Arjun fans showed their strength by increasing the likes to 113K in no time. This is an intense scuffle between the two parties.

Well, we have to wait and see till what extent this needless fan wars extend to. Both these films are going to release in Summer in a span of few weeks and it would be interesting to see how fans react after their release. 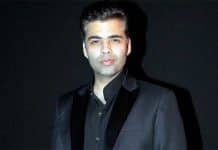